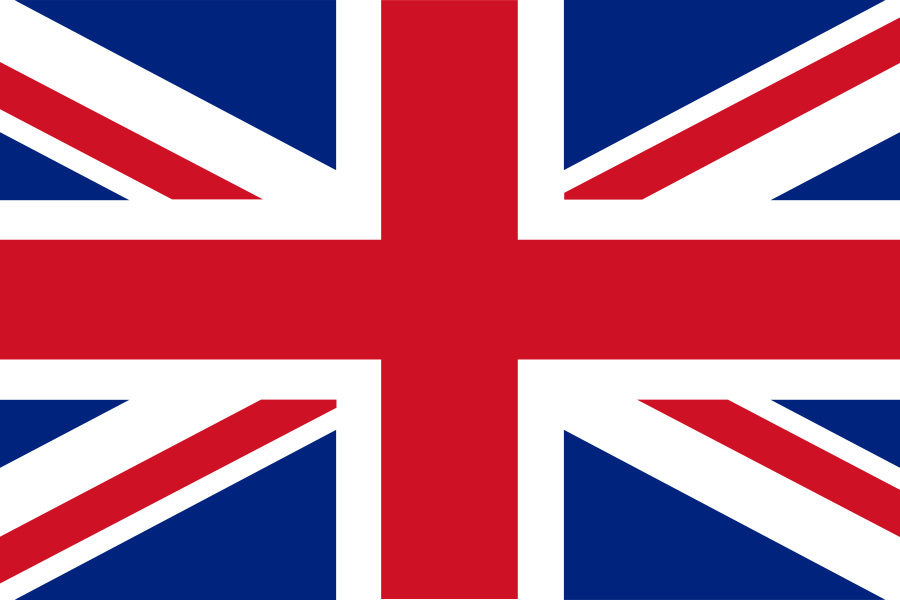 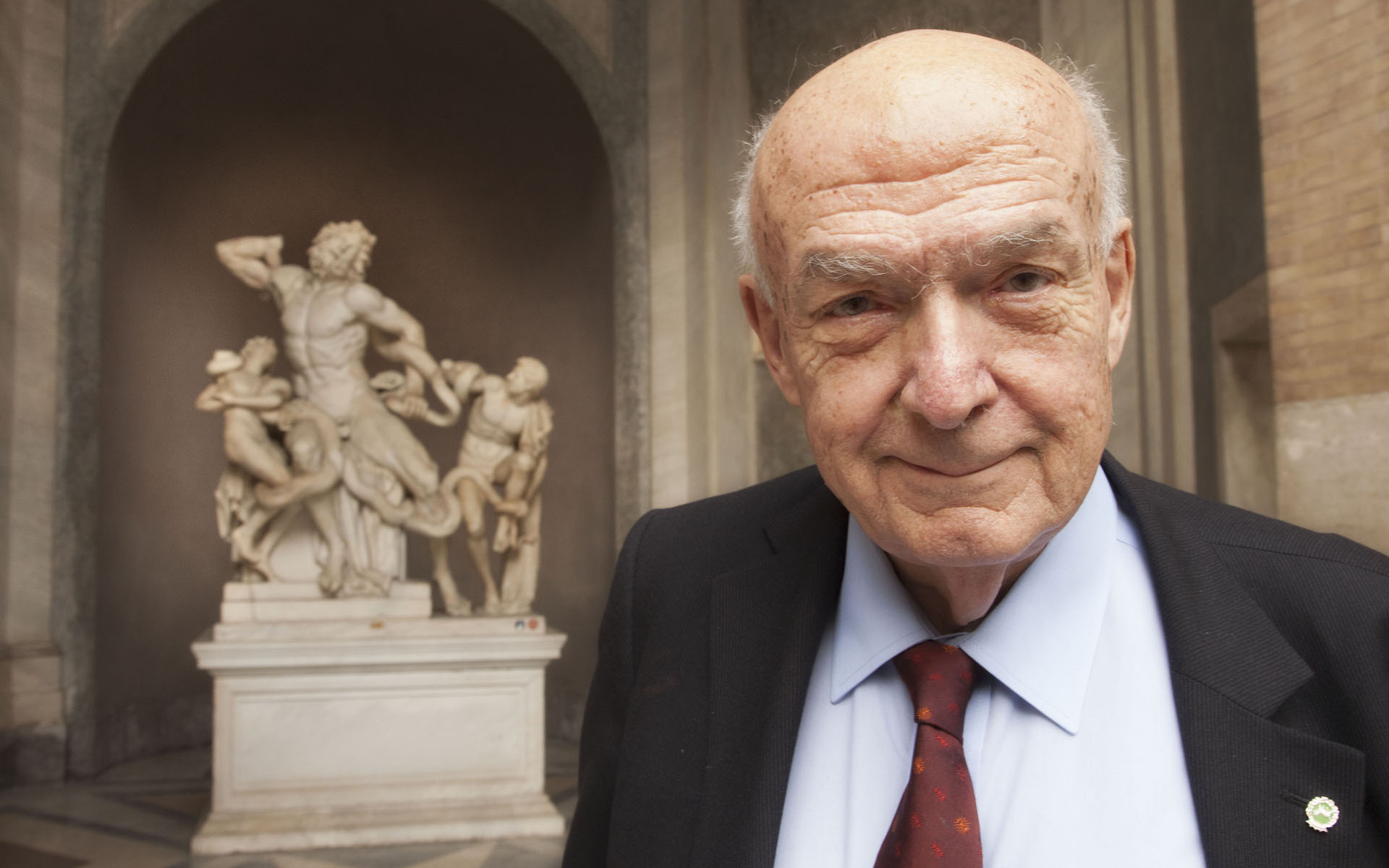 It was entitled "Italian painting of the seventeenth and eighteenth centuries". The curator was Ugo Ojetti, who collected more than a thousand masterpieces in 48 rooms of the Pitti Palace, assisted by a team of commissioners chosen from the most authoritative and brilliant art historians of the time from Wilhelm von Bode to Hermann Voss, from Lionello Venturi to Roberto Longhi. The masterpieces range from Bernardo Strozzi to Domenico Fetti, from Annibale Carracci to Guido Reni, through Gentileschi and Mattia Preti, Cavallino and Ruoppolo, up to Canaletto, Guardi and Tiepolo. No art history manual has ever been able to reproduce what in 1922 at Pitti's Palace was entrusted to real works.
The expository and critical focus of the event of the era "the immortal Caravaggio ... absolute master of the whole eighteenth century" (A. Maraini, 1922). Practically the all entire corpus of Caravaggio known at the time was collected at Palazzo Pitti, including the paintings of San Luigi dei Francesi and Santa Maria del Popolo.

The great task of the 1922 exhibition aimed at demonstrating that the roots of Modernity lie in the classic and naturalist seventeenth century. Painters welcomed with enthusiasm and testified in their works what Longhi and Ojetti, Matteo Marangoni and Lionello Venturi proclaimed in magazines (in Dedalo, on L'Arte, on Valori plastici). So did Felice Carena when he painted the Apostles in 1926 (now showed at the Gallery of Modern Art in Florence) inspired by the canvas of a similar subject by Caravaggio already in the State Museums of Berlin. So did De Chirico when he invented sumptuous baroque still lives which are textual inspirations from Giuseppe Recco. The same did Giannino Marchig and Efisio Oppo, Achille Funi and Baccio Maria Bacci, Sciltian and Primo Conti. The seventeenth century seduced the twentieth century as demonstrated by a beautiful and important exhibition recently closed at the Villa Bardini in Florence. The Italian artists of the twentieth century understood that the century of Caravaggio and Guercino, Poussin and Gentileschi is our time, it is already modernity. Caravaggio had taught that the whole visible universe revealed by light can be represented, that there are neither limits nor hierarchies of values to the mimesis of the Truth because so much manufacturing means making either a good picture of flowers or human figures. It is the great Galilean revolution which is at the basis of modern artistic history. The seventeenth century, is also the century, that thanks to Shakespeare, Cervantes, Racine, makes visible the abysses of the human soul; that the great mystics (Teresa of Avila, John of the Cross) experiences the silence of God and plunges into the dizzying abysses of further vision. It is the century that, in the figurative arts as in the theater, makes the universe of passions, feelings and affections become the protagonist of the representation. All this to say that the naturalist and baroque seventeenth century is already Modernity. This is how the artists and critics of the last century perceived and testified it. But Modernity - as Giorgio De Chirico taught everyone in Metaphysical Art, 1918 - lies on the vast silent enigma spread over the whole earth.

Along this path comes the metaphysician painting (and Caravaggesque) of Antonio Nunziante. A painter in his fifties who studied in Turin and Florence, who has traveled the world, who has exhibited in Italy and Europe, in Japan and in America, gaining great notoriety and success with the public, critics and the market. We are talking about a well educated man who has read books and visited museums. An excellent technician, a craftsman who knows the virtues of colors, the trades and the knowledge necessary to make oil painting as good as the one of the masters of the past as only a few people can do today. Antonio Nunziante, with this type of culture and training, uses the language of the past, that of Caravaggio and Böcklin, of Naturalism, of Baroque, of Symbolism. It is the language that academies, books, museums have given him, which he has deepened, experimented, perfected in his work to the point of making it his own, to the point of mastering it as a mother tongue, to the point of transforming it into his modus operandi. In the same way, to write these lines, I am using the language that was built by Petrarch, by Bembo and by Manzoni. The comparison may seem risky and improper. It is indeed. However, it can be useful if it serves to give form to a concept. This means that an artist of our days can use forms, iconographies, expressive ways of the past (of a past that, like the Caravaggesque one, burns with flagrant Modernity) to testify ideas and sensibilities of his and our time. It is a difficult and extremely dangerous path hanging on the ever looming pitfall of sterile intellectualism, of quotationism as an end in itself. It is a path that Antonio Nunziante has been able to face with courage and intelligence. And with results of suggestive effectiveness.

Let's take the painting entitled "Hidden Truth", oil on canvas cm. 60 × 70. What it shows is an enclosed, bare, deserted space that receives light from a window on the left. Perhaps it is the painter's atelier, perhaps it is an unknown non-place that exists only to host the painting hanging on the wall. It is this, the invisible picture so far, the hidden truth. It is covered by a drape of rough, worn, crumpled canvas which carries along a disturbing tactile evidence. The canvas, the only protagonist of a scene that excludes any human presence, exerts a kind of hypnotic attraction on the viewer. One would wish to touch it, lift its edge and the truth would be revealed. It is as true as the shroud that keeps the body of Christ in the Vatican Deposition, like the cloth that the young hooligan rides in Berlin's Omnia vincit Amor. While the dirty light that enters from the window is very similar to the one which passes through the roofs of the Roman tavern that hosts the Call of Matthew in the “San Luigi dei Francesi”. The environment (deep dark and light bruises as in the Beheading of Malta), the brutal splendor of truth revealed by the light, are a tribute to Caravaggio, but the hidden truth is an enigma offered to the deciphering of women and men of our days. The canvas hides an invisible painting alludes to a dimension of experience that lies outside or above our sensory and rational faculties. This is what the metaphysician Antonio Nunziante wants to tell us. An environment similar to the one already described, once again, hosts the hidden painting. In this case, the painting, already packed in a rough plastic wrapper, is leaning against the wall. Here too, a bare, desolate environment, no human presence, a prison light. But why was this oil on canvas by Nunziante (60 × 70 cm) entitled Prometeo? There is a red spot on the floor right in front of the painting that we are not allowed to see. Are they traces of color that the painter, leaving the studio while waiting for someone to come and collect the painting, forgot to clean? A square of clear light is printed on the gray-brown of the back wall. It comes from a window or an open door on the invisible side of the room, the one behind us. At the center of that square there is a circular trace of blue. A subtle set of allusions and omens governs this composition by Nunziante. We are in the Truth and at the same time we can foresee and perceive the beyond Truth. We look out over that ambiguous border line that lies between the artist's atelier and an unknown elsewhere.

Antonio Nunziante is convinced that the highest point to enter into what is above us and therefore the dimension of the artistic language that we call metaphysical, is the painting of reality. From there, as from an outpost, it is possible to scrutinize the universe of signs, enigmas and omens. He gave us an almost didactic example of this conviction, a true manifesto of his poetics, in a large beautiful canvas (150 × 200 cm) in which he imagines Caravaggio's foray into his studio. We enter in the artist's atelier, a vast deserted room. On the left there is the easel with brushes and colors, on the right a perspective escape of empty rooms. The beam of light that enters from the window to open the leaden gray and the dark shadows of the environment, frames, with a trompe l'oeil effect, a detail of the Ecstatic St. Francis of Hartford. A canvas enters the canvas, taking up the artist's studio. The St. Francis of Hartford (the subject of other interpretations, deductions and variants in the painter's catalog) is a disturbing and yet fatal presence. Almost as if Nunziante wanted to tell us that this is his primary and indispensable source of suggestion. It is difficult to imagine a more effective homage to Caravaggio's modernity and indeed to contemporaneity (a concept dear to today's critical sensibility). There are paintings by Antonio Nunziante which want to show us the permeability, perhaps the non-existence of the border that divides reality from dream, the thing from its symbol, the passage of Time from the suspension of Time. The painting entitled "Waiting" (50 × 100 cm) is exemplary in this sense. A tall and narrow object, vaguely anthropomorphic in size and shape, stands against the wall of a deserted environment. A heavy white canvas covers it, supporting the three-dimensional image of the thing without revealing it. It could be a work of art, a sculpture for example, or a piece of furniture, a car. The thing waits. It is a wait that perhaps has recently begun but could last for an infinite sequence of hours and days.

As if he was working inside an immobile time bubble, the painter becomes a slow implacable mirror of reality: the slats of the parquet floor, the lead gray of the wall interrupted by the black of the shadows, every fold of the drape that covers the object, the light falling from the windows, the tips of the Böcklinian cypresses that rise behind the windows. The scene that the painter describes is absolutely true and also plausible. In a covered environment that could be a workshop or garage, a suitably covered thing is waiting to be taken away. What is more dreamlike than this painting? The dream can be as true as reality. What we call reality is perhaps nothing more than a dream. The foundations of Nunziante's poetics are expressed with splendid evidence in this painting. "Down there where everything is possible" is entitled one of the most beautiful works of the painter (cm. 100 × 100). The place that the painter has chosen to experience pure happiness is in front of Böcklin's Island of the Dead, on the shores of a sea that is the one of the myth invented by De Chirico.

There is the pleasure of evoking the cultural and poetic roots of his art and there is the pleasure of the painter who, sitting in the foreground in the act of drawing, a tiny figure against the impending stacks. He tells the miracle of a tumultuous sky and of the rocks that his eye caresses with prodigious ability to stick to nature's datum. Finally, there is the distinctive character of all of Nunziante's work, the splendor of the Truth in the enigma of place and time.


Receive the catalog
for free